The International Day for the Conservation of the Mangrove Ecosystem on 26 July, a day adopted by the UN Educational, Scientific and Cultural Organization (UNESCO) in 2015, hopes to raise awareness of the importance of mangroves forests and the threats they face.

“Mangroves are in danger. It is estimated that more than three quarters  of  mangroves  in  the  world  are  now  threatened  and  with  them  all  the  fine  balances  that  depend on them,” said UNESCO Director-General Audrey Azoulay in a message to mark the occasion this year.

While UNESCO’s celebration of the mangroves worldwide has drawn much attention to the cause, a famous footballer blazed a trail two years before that.

Portuguese superstar Cristiano Ronaldo arrived in Bali, Indonesia in 2013 to lend his support to mangrove conservation efforts in the country.

“It's an honour for me to return to Indonesia.” Ronaldo said as he planted a symbolic mangrove sapling.

“I hope that my actions in Bali today can inspire the movement to rescue the mangroves and help improve the environment.”

But Indonesia is not the only country in the world in which mangrove ecosystems are under threat. While mangrove forests can be found all around the world, the majority of these environmentally-valuable plants are situated in four different countries.

More than 20 per cent of the world’s mangroves can be found in Indonesia. This translates to around 3.36 million hectares holding about 3.1 billion tonnes of carbon — enough to fill 1.24 million Olympic-sized swimming pools.

The upcoming G20 Summit, scheduled to take place in Bali, November 2022, will offer hosts Indonesia a platform to pledge its strong commitment to fighting climate change, and president Joko Widodo is expected to invite other world leaders to tour mangrove conservation areas in the region during the summit.

Brazil is home to the second largest area of mangrove cover in the world, including the world’s largest continuous mangroves. Much of the country’s coastline contain mangrove forests, but its conservation status is considered endangered due to global climate change and other factors.

Mangrove forests in Brazil have been legally designated as permanent preservation areas since 2002, despite recent failed attempts to rescind the protection by the Jair Bolsonaro government. The Brazilian federal judge who blocked these attempts stated that a repeal would violate "the constitutional right to an ecologically balanced environment"

In more encouraging news, researchers on an expedition into the Amazon River Delta recently discovered unique mangroves growing in freshwater — something never documented before in deltas anywhere else in the world.

Mangroves mostly occur in small pockets around the Australian coastline, particularly in the northern and eastern coasts. The Australian mangrove forests comprise more than half the world’s mangrove species, with Tasmania being the only state without any mangroves.

About a third of Australian mangrove forests are on privately owned land, including on indigenous reserves, while another 18 per cent fall under the protection of National Parks and other reserves.

These ecosystems are protected under law in Australia.

Nigeria is said to have the largest mangrove ecosystem in all of Africa, but its mangroves are unfortunately also among the worst degraded in the world.

This is compounded by the lack of regulation, with the country’s precious mangroves open to exploitation and constantly depletion by oil prospecting and producing companies. A lack of education is often brought up as another factor, with the majority of Nigerians unaware of the critical functions performed by its mangrove forests.

There were recent efforts to try and reverse this trend, with the government announcing a plan in 2020 to restore mangroves in the Niger-Delta under the ‘Mangrove for Life’ project. It aims to improve coastal sustainability by increasing mangrove cover by at least 25 percent. 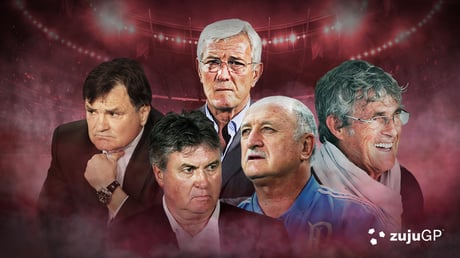 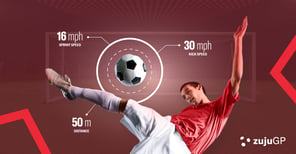